Prefabrik Yapı A.Ş. has taken its place between the dates September 10-13, 2018, at the Interbuild Jordan fair, which was held in The city of Amman and is one of the most successful fairs in its region. This international fair which many companies providing services to different sectors in the different regions of the world, participate, became a successful fair in such a way that visitors who get interested in the construction sector, who have studies on such subject, and those from all walks of sector have participated.

Preform, Lifecase, Steelin, which are the brands of Prefabrik Yapı A.Ş., Hekim Profil products, and also the products under the Hekim Yapı A.Ş. brands, such as HekimBoard and HekimPanel were exhibited at the fair, and all of these products were attracted great attention.

Prefabrik Yapı A.Ş., which successfully completed one more international fair, has again demonstrated its difference in the sector by participating different fairs in different countries and continues to establish new collaborations. 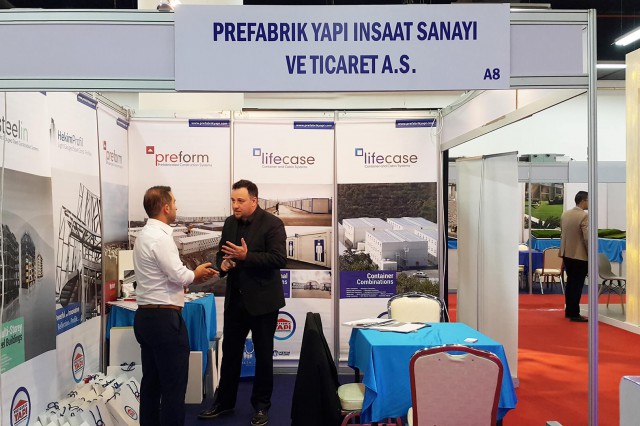 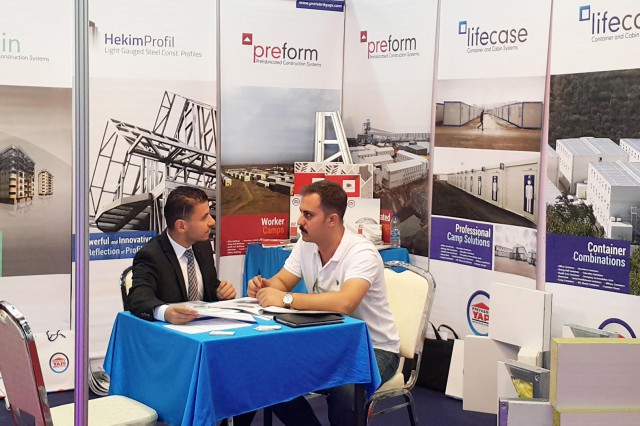