You are here:Home/Armored Security Cabin

Safety of life emerges as a vital issue where continous R & D activities for each sector is made and new products are offered to the market for centuries. Prefabrik Yapı A.Ş. is presenting many various advantages to its users with its new product B7 Armored Security Cabin which they developed regarding this delicate issue.
B7 armored security cabin which is produced for the purpose of defense, assault, reconnaissance and observation comes up as a product to make an impact on its sector with solutions it offers in satisfying various needs and with its different design.

B7 Armored Security Cabin can be used in all kinds of areas where attacks against security of life and property are in question, with the armored structure it has, alarm and siren device, camera systems and assault weapon installation which can be mounted if required.

It is a product which enables the related security staff to execute their duties without getting harmed in all stages where risks related to security takes part; especially embassies, consulates, police stations, military buildings, police headquarters, bank headquarters, international convention centers, private companies. It is specially designed to protect against assaults with firearms or afebrile arms and similar offences, dissuading criminals or facilitating the catch of the criminal after the action.

In the B7 Armored Security Cabin the security staff can monitor outside and record what he monitors during any moment of the assault with its cameras controlling outside and inside, while he has maximum protection inside. At the same time, a central security unit can easily follow the situation of the staff inside the cabin during an assault by monitoring the inside of the cabin.
In the case of an outside assault, there is a siren system in the B7 Armored Security Cabin to put the assailant in panic. As well as shocking the assailant with siren system, it is an efficient way to inform the neighborhood about the assault also.

The target is marked with laser and shooting is realized from inside the security cabin to neutralize the assailant when required by means of mountable weapon system to B7 Armored Security Cabin. All display images and weapon controls are conducted from inside the cabin by the related security guard with the command and control desk inside the cabin.
The most important aspect of B7 Armored Security Cabin is it can be used not only as a defensive purpose, but also for the purpose of assault with the integration of technological monitoring, weapon system and suchlike systems.

The security guard who will perform his duty inside B7 Armored Security Cabin will warn the necessary headquarters, keep required records and even attack as well as protecting his life. Therefore security protection sahll reach its real purpose. 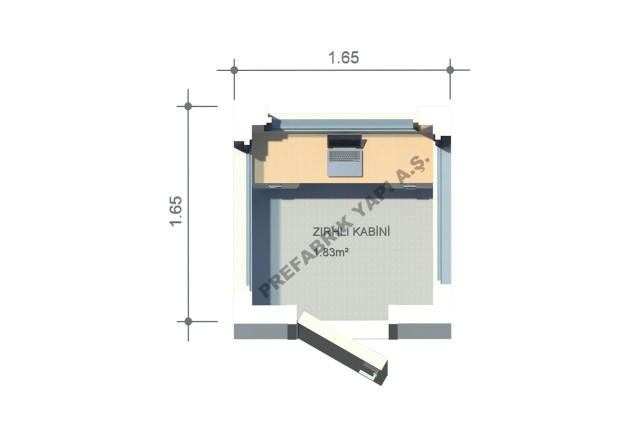 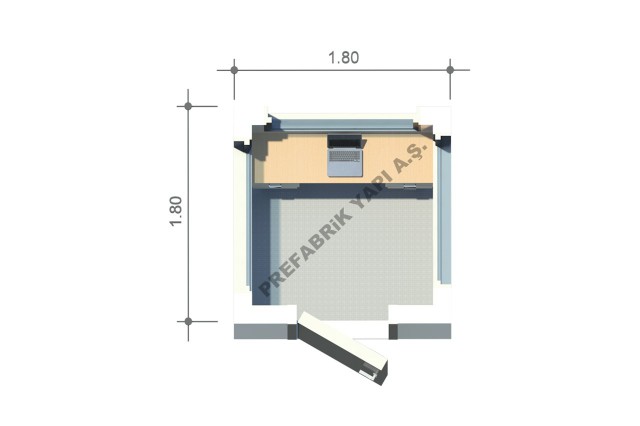 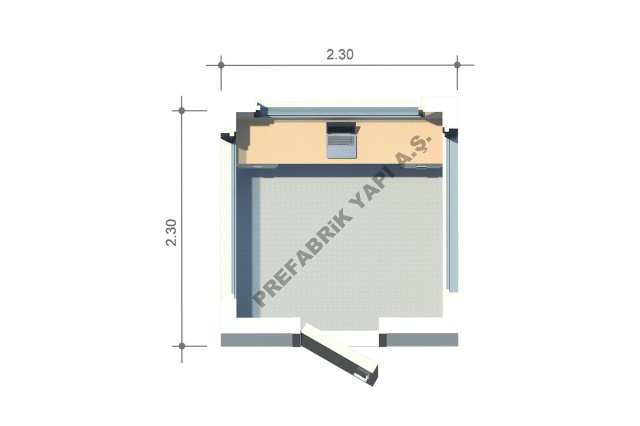