We, as Prefabrik Yapı A.Ş., together with our sister company Hekim Yapı, were at the CONSTRUCT LIBYA INTERNATIONAL EXHIBITION 2009 fair, which is the most important and international fair of the region for the restructuring Libya.

In the fair which was held on December 14-16, 2009, we, as Prefabrik Yapı A.Ş., have had the opportunity, with regard to our products employed particularly for the site mobilization, to exhibit actual scale samples and the visual applications relating to the works fulfilled 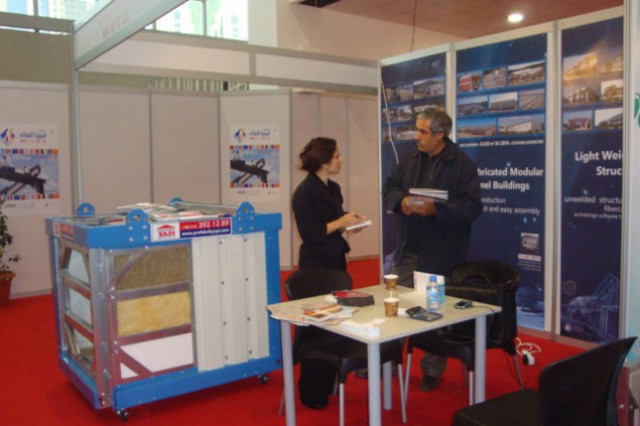