Prefabrik Yapı A.Ş. Stand has been the Focus of Interest in Disaster Management Exhibition

You are here:Home/Corporate News/Prefabrik Yapı A.Ş. Stand has been the Focus of Interest in Disaster Management Exhibition
30
Nov
2012

Prefabrik Yapı A.Ş. Stand has been the Focus of Interest in Disaster Management Exhibition

Prefabrik Yapi A.S., a group company of Hekim Holding Hekim Holding, has emphasized its significance in the prefabricated structure sector once more by being the focus of interest of all local and foreign visitors in the Disaster Management Exhibition, performed at Istanbul Expo Center, between the dates of 22-24 November, with new products all designed specially for emergency sheltering requirements.
The exhibition and conference activities organized by Trio Exhibition Management with the strategic partnership were realized with the participation of related private and public institutions and enterprises. Messrs. Dr. Fuat OKTAY and Unal OZTURK, Prime Ministry Disaster and Emergency Management President (AFAD) being in the first place, many guests from various countries were among the visitors as well.
Emergency shelter unit assembled in 2 minutes
Prefabrik Yapi A.S. Deputy General Manager Mr. Mustafa Tolunay stated that collapsible sheltering unit, which is the leading prime emergency requirement before and after disaster and which can be assembled in 2 minutes without any professional support, can be produced in various sizes and wet volume modules can be integrated to the system easily, if required. Underlining that 14 pieces of sheltering units can be transported in a trailer truck, Mr. Tolunay stated fast production, fast mounting and multiple transportation criteria are instructive in the designing process.
Hospital, classroom, crisis center etc. structures assembled in 15 minutes
Emphasizing the solutions they developed for structures such as crisis center, classroom and hospital which are required at the management stage of the crisis process apart from the sheltering requirement after the disaster, Mr. Mustafa Tolunay also added container units which are telescopic and can get to 3 times of its volume were met with great interest from both local and foreign visitors alike. He also stated that the new units used as storage and hangar for the need of storing supplies after the disaster are also designed with collapsible, fast production and fast assembly principles and storage areas which are long-span and in the demanded height can be created easily.
The earthquake rubble model which was exhibited on the stand to emphasize the importance given to disaster management by Prefabrik Yapi A.S. and draw attention to the earthquake reality in Turkey was the most interesting presentation of the exhibition. The building rubble model consisting of 3 floors was bestowed to Istanbul Metropolitan Municipality Department of Fire Brigade to give an idea to the visiting kids about the reality of the earthquake. 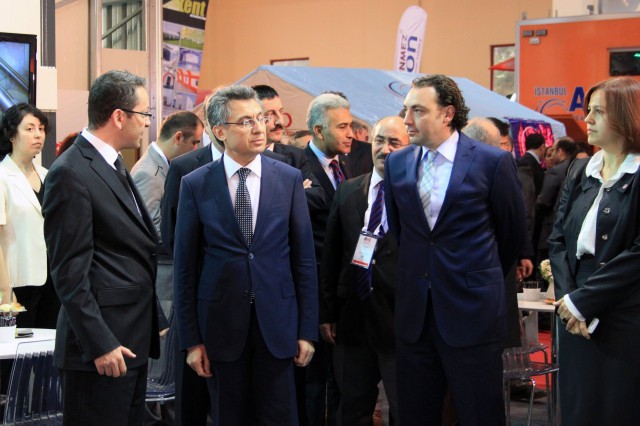 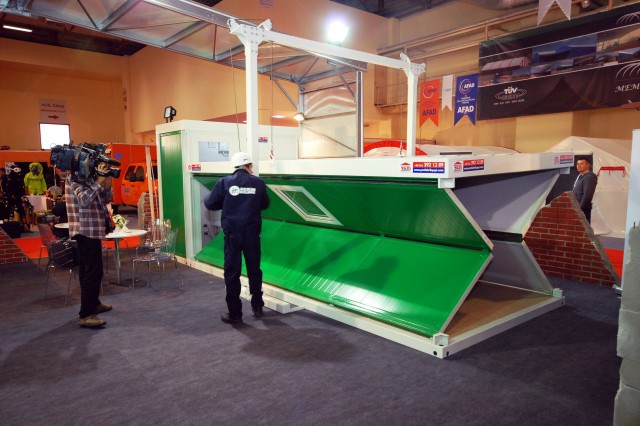 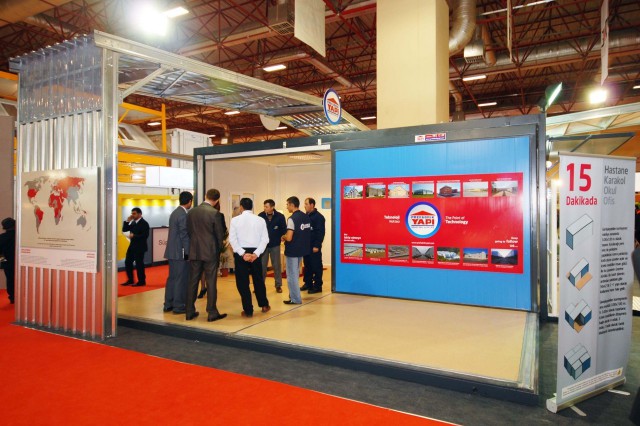 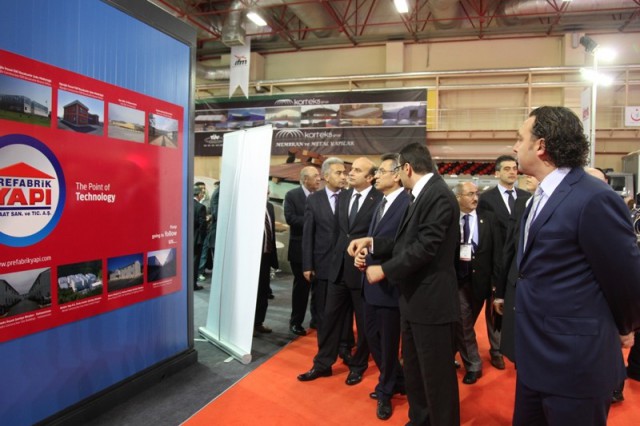 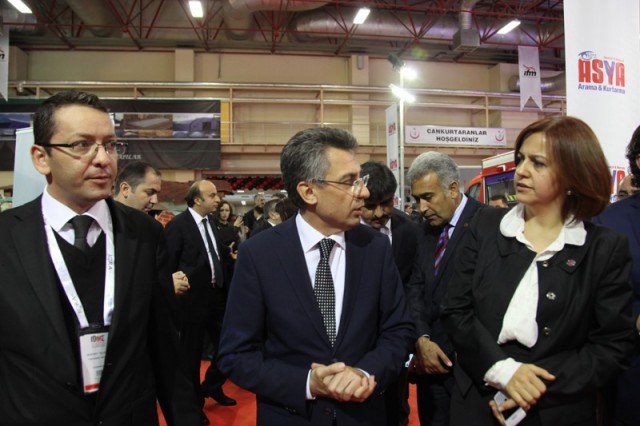